Manchester is a beautiful and vibrant city, boasting some great opportunities whether you’re seeking a career, nightlife or the perfect home. Having said that, the city centre isn’t for everyone, and many people would prefer to live outside of the metropolis while still within commutable distance.

In 2017 we wrote about seven great places to live near Manchester, and since it proved so popular with our readers we decided to follow up with part 2 here. After all, we could write many articles about the spectacular areas in and around Greater Manchester, but we’ll limit it to just another few of our favourites here.

Sale is located in the Trafford borough of Greater Manchester and is widely agreed to be one of the most desirable places to live in the area. It has even been voted as the fourth best place to live in the country thanks to factors including its schools, which frequently perform well in Ofsted inspections as well as its affordable high-quality properties and wide range of places to eat and drink. Sale is frequently complimented for its sense of community, with festivals run by the locals regularly taking place throughout the year.

The town is historically part of Cheshire and had a population of 134,022 when the 2011 census was carried out. It is noted for its mix of modern and traditional properties, including modern apartments and Edwardian homes. Its most well-known cultural venues include the Sale Waterside Arts Centre, with the Old Trafford football and cricket grounds being within easy reach of the town. Sale residents can get to Manchester city centre within 20 minutes, and a considerable number of popular eateries and bars have opened up their doors over recent years.

Lovers of green space should feel well catered for by attractions like Sale Water Park, Worthington Park and Walton Park, which are all popular amongst runners, walkers, cyclists and families. The River Mersey runs through the town, which is home to three convenient Metrolink stations and located just a short drive away from the M60. You can even reach the city centre from Sale via water taxi along the Bridgewater Canal.

The Sunday Times named Altrincham the best place to live in the North West in 2018 and 2019, with houses costing just short of £500,000 on average according to figures from Zoopla. Many people relocate to the town with the aim of remaining there for the rest of their lives, with factors including its excellent schools, close-knit community and picturesque parks being amongst its biggest draws. Stamford Park is a favourite amongst dog walkers, with the markets drawing in not only local residents but shoppers from much further afield too.

The town has become a favourite amongst lovers of craft ale, coffee and high-end shopping. It plays host to a wide range of cocktail bars and restaurants serving up authentic cuisine from across the world, with growing numbers of people spending their Friday and Saturday nights in the town rather than heading into the Manchester City Centre.

Altrincham is home to a large number of attractions, and these include The Old Market Place, Dunham Massey Hall and Royd House. Altrincham Garrick Playhouse and the Club Theatre are just two of its major cultural hubs, with the Goose Green Festival taking place each August bank holiday weekend.

Manchester Airport is located just five miles away from the town, with Metrolink services leaving Altrincham every six minutes or so during the daytime. Altrincham is one of the North West’s most affluent commuter towns and is located around eight miles from Manchester city centre. At the last census, Altrincham had a population of 52,419.

Alderley Edge is one of Cheshire’s most affluent hotspots and has been host to a plethora of footballers and millionaires. Supercars are frequently spotted in the village, which is home to its own “strip” of high-end bars and restaurants. The village is part of Cheshire’s so-called “golden triangle” and had a population of 4,780 in 2011. Located 15 miles south of Manchester and 6 miles north-west of Macclesfield, it’s one of the most expensive places to live in the UK outside of the capital, and its reputation continues to grow.

The village is home to a number of historic buildings, such as Cheshire’s oldest surviving manor house Chorley Old Hall, and the Alderley Park estate. Alderley Edge is also famous for its iconic red sandstone escarpment, which offers stunning views and is home to vintage copper mines. In fact, a number of ancient gold bars were found in the village in the 1990s. The village also plays host to a monthly farmer’s market, several top-class boutiques and the well-known Yard on the Edge. This features a juice bar, bakery, events space and much more. Don’t be surprised to encounter celebrities on a daily basis if you are lucky enough to make Alderley Edge your new home.

Knutsford is a Cheshire town located 14 miles away from Manchester and 9 miles from Macclesfield. It is found just a short distance away from Cheshire’s “Golden Triangle” and is one of the region’s most sought-after areas, being home to an affluent mix of soap stars, footballers and more. A considerable number of Knutsford residents commute to Manchester and Liverpool from the town, which has some of the UK’s most costly homes outside of London.

The most active parts of the town centre include Princess Street and King Street, which are also known by the locals as Top and Bottom Street respectively. Tatton Park is one of the town’s most well-known attractions, with Knutsford falling within the Tatton constituency. The town had a population of 13,191 at the last census.

Knutsford is home to junction 19 of the M6 and junction 7 of the M56. Its train station is part of the Mid-Cheshire Line, with hourly services to Manchester, Stockport and Altrincham being available. The centre is home to a diverse mix of pubs, cafes, restaurants, boutiques and art galleries. Noted for its idyllic surrounding countryside, the town is also the home of the RHS Flower Show, which takes place at Tatton Park.

Various events take place around Knutsford each year, and these include the Easter Bunny Hop, Knutsford Royal May Day, summer Promenades and Halloween’s Pumpkin Path. The town was also the home of Cranford novelist Elizabeth Gaskell. It has six primary schools and a high school, which has its own sixth-form college. The Royal Cheshire County Show also takes place in the nearby parish of Tabley. This high-profile event marked its 175th anniversary in 2013.

Did we miss anywhere? Let us know where in Greater Manchester you’ve found that beats our lists! 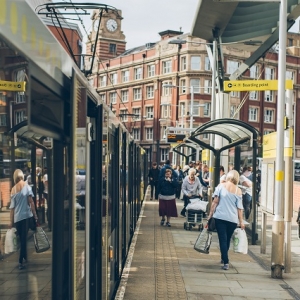